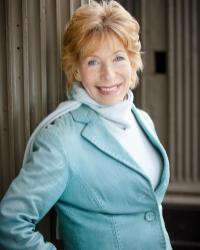 A world-renowned author, journalist, and popular lecturer, Gail Sheehy has changed the way millions of women and men around the globe look at their lives. In her 50 years as a writer, she has interviewed thousands of women and men and written 17 books.Her earliest revolutionary book, PASSAGES, which explored the predictable crises of adult development, was named by the Library of Congress as one of the ten most influential books of our times. In later books, including THE SILENT PASSAGE and SEX AND THE SEASONED WOMAN, Gail dared to place a spotlight on taboo subjects like menopause and—gasp—the sexuality of older women.Gail was one of the original contributors to New York magazine. She has been a contributing editor to Vanity Fair since 1984. She’s covered national and world leaders, writing about the character and psychology of men like Robert Kennedy, women like Hillary Clinton and Margaret Thatcher—and even Saddam Hussein.In her latest book, DARING, a memoir, Gail focuses the lens on her own passages, chronicling her trials and triumphs as a “girl” journalist in the 1960s, her magical love affair with New York Magazine founder Clay Felker, and her rise to become one of the premier political profilers of modern times.Speaking from hard-won experience, Gail has also founded an exciting new online initiative, The Sheehy Daring Project ( www.sheehydaringproject.com ) to encourage women of all ages to dream dangerously, conquer their fears, and act with confidence.Her fascinating, no-holds-barred story is a testament to guts, resilience, smarts, and daring, and offers a bold perspective on all of life’s passages.