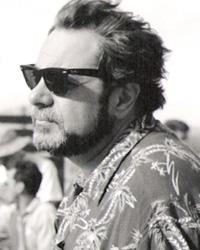 After receiving the Class Artist Award, this time after graduating high school, I looked into the abyss of adulthood. The things that made me the most happy were now becoming my Albatross. Painting, movies and music were my loves and frankly my reasons for being alive. It was with a great deal of self-examination that I knew I would be very unhappy if I couldnt somehow make this the stuff of my livelihood. I also had the internal nagging of about one million loose ends of information concerning painting in my head.

I began taking trips into New York City from Westchester on a regular basis. I wandered into Grand Central Art Galleries and met a wonderful man named, John Evans. He was a salesman at the gallery and he introduced me to the work of the Pennsylvania impressionists. Edward Redfields large, dynamic snow scenes filled with huge smacks of paint were the most amazing canvases I had ever seen. John Evans gave me stacks of 4x5 transparencies of Redfields work which I studied endlessly.

Around the same time I met landscape painter, George Cherepov. He and I became fast friends. I visited him at his house in Vermont, where, when he wasnt tricking me into doing wallpapering or taking down hornets nests in his garage, we would visit places like Smugglers Notch and Mount Mansfield, armed with our sketch boxes. It is there that I think some of the loose ends started to come together. He would scold me that my clouds looked like flying rocks, that everything reflected the sky and that I just wasnt looking hard enough.

After moving to Los Angles to pursue my screenwriting and directing career, I shied away from painting for nearly eight years. I picked up the brushes again after the success of my screenplay, Midnight Run. I painted several canvases and called John Evans in New York, who was now the manager of Grand Central Art Galleries. He was pleased with my progress and gave me a one-man show. One of the paintings I entered into the Arts for the Parks contest received the Top 100 Award.

After directing 29TH Street in 1991, I began to feel the change in the movie business. It got increasingly corporate. Studios seemed less and less interested in telling good stories and just making successful product.

The edgy kind of comedy that I had become known for appeared to be too risky for studios because they would be rated R for language and content. No studio would make films like Beverly Hills Cops or 48 Hours today. My view of writing and directing at the time changed and became a financial means to an end. The only way to express myself unhampered appeared to be painting.
Two years ago, I found myself depressed because I had turned my back on something I loved, which was writing and directing. As I neared the age of fifty, I felt a need to go back to the notion that one could still make films that were both personal and at the same time universal. I remembered that when I made super 8mm films as a teenager I had to pay for everything, the film, the camera and sets. I also had to convince all of my friends to participate. That kind of carefree abandon had been lost making films in the studio system. I wanted desperately to feel that kind of excitement again. This time I was lucky enough to have friends like Ray Liotta, Ron Perlman, David Permut, Michael Negrin, Robert Ziembicki and Malcolm Campbell. They came aboard after reading the script and worked for nearly the same wages my friends earned in making my high school movies. My wife Julie, my life long friend James Evangelatos and various friends and family helped finance Local Color. I felt like a kid again. I was making a film without any restrictions and I remembered why I wanted to make movies in the first place.