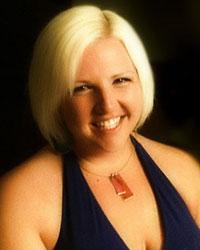 From the time Gina was a little girl she always knew she was different. There was a sense of knowing to her true potential. Nothing was going to stop her from living a life of magnitude. Then she turned 3 years old and her world turned upside down. Upon the birth of her brother, she took on the mistaken belief that she was NOT GOOD ENOUGH. Although completely illogical, and strictly emotion-based, she believed that she must not be good enough otherwise why would her parents have needed to have a second child. Throughout her childhood, adolescence and especially her teen years she did everything she could to PROVE that she was in fact good enough. Whether it be from graduating with a 4.0 GPA, playing golf on the junior national level, to even becoming the local ambassador in her city and travelling throughout her province promoting her community. Despite all of that, it never quite seemed to satisfy her desire to be enough. She encountered numerous reminders of her mistaken belief particularly through a number of years being bullied, and eventually leading to an abusive relationship.

In August of 2010, after a major shift in her life, Gina moved to Vancouver and took the first course on her spiritual path which was Touch For Health.It truly opened her eyes to the power we all have within us to maintain a healthy body and to heal ourselves. Gina really enjoyed the hands-on and tangible approach that the kinesiology based body work was able to provide her knowledge thirsty mind. The following Spring she was introduced to a new energetic healing modality called The Yuen Method. Gina became a Yuen Method Practitioner that same year. The best part was that both modalities went hand in hand when working on clients. Over the past year, she has embarked on a journey into the transpersonal psychology side of healing now bringing the TRIFECTA of Mind, Body & Spirit into each session with her clients. The work with Inner Convergence Therapy is where the most massive shifts took place with regards to healing Ginas Mistaken Belief of Self. Having now worked through that, she is able to authentically facilitate the shift for others who want to do the same for themselves.

There truly are so many broken healers in the world today. Its amazing how many people are seeking advice and looking for guidance from people who are just as lost. Gina continues to expand her own mind and grow deeper into new levels of consciousness each day, knowing that there are many things to learn about her existence. This new humble approach to life has allowed her to see the world with new perspective and also allows the client sessions to be much deeper and more meaningful.