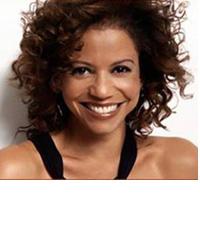 Actress Gloria Reuben is known for her role on the American television series ER as Jeanie Boulet. She now stars as Rosalind Whitman in the TNT series Raising the Bar.

Recognized at 2009 Heart of Green Awards for her dedication to supporting environmental causes.