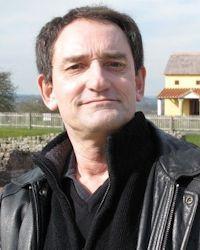 Graham Phillips is a British non-fiction author who has investigated historical mysteries since the 1980s. He has investigated such enigmas as King Arthur, Robin Hood, and the death of Alexander the Great, as well as researched various biblical conundrums such as the Holy Grail and the Ark of the Covenant. Phillips has written fifteen published books on these subjects and has appeared in many broadcast documentaries over the years. He lives in England where he works full-time as what he describes as an "historical detective." Graham Phillips has also been described as a modern-day adventurer, and a real-life Indiana Jones.