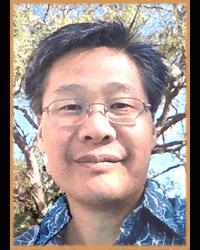 Greg Lee is the driving force behind Two Frogs Healing Center, GoodbyeLyme.com, and an expert on using Chinese herbs and alternative medicines and treatments or healing incredibly persistent Lyme Disease along with multiple chronic infections.

25+ years ago, he worked as a software engineer/manager for multiple NASA contractors on projects including the Hubble Space Telescope, The Goddard Space Flight Center Robotics Lab, and the analysis of the Antarctic ozone hole. In 1992, he struggled with Irritable Bowel Syndrome brought on by the stress of managing multiple projects. Medications brought some relief. After 8 weeks of acupuncture treatment, his symptoms went completely away. A few months later, he made a life changing decision.

Greg decided to leave the engineering field. He chose to pursue a master's degree in acupuncture and Chinese Herbal Medicine. He also pursued studies in cranial sacral technique, Alexander technique, and Sufi healing. He created a successful private practice in treating people with chronic pain, fatigue, and fibromyalgia that were unable to be treated with western medicine. However, the patients that kept him up at night were the ones with Lyme Disease.