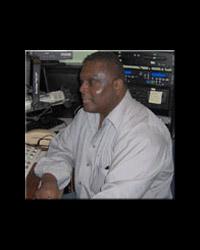 Greg Norman Host of 'Mens Night Out.' Greg was born as an African American Male and it carried with it some stigmas that transcended race or skin color. While some might believe his race was a big issue to contend with Greg is quick to reveal the male role was the hardest shoes to fill. In fact he sees no color barriers for he firmly believes that race is just an adjective to describe a skin color. Those boundaries are not what Greg was born to neither break nor transcend for there are no walls to break down there in his consciousness.

The molding of character and belief system that began in childhood impressed upon his psyche the importance of being an over achiever. The best was never enough. The added element of going beyond the excellent level into super achiever was the badge impressed upon him. Some said it was his entrance into the world of acceptance, the world of being important, the world of being somebody beyond the ordinary. The term ordinary was not good enough and not a badge he sought to wear. Greg quickly mastered the art of getting plenty of attention but not just any attention. The kind that came with adulation and praise was the only acceptable water mark. In high school nothing less than Class President would satisfy his own inner demands of excellence.

Surprisingly, even to himself, he experienced many silent inner conflicts. Carefully concealed beneath the tough veneer and outer world of being somebody was a silent reactor. Dare he show the world his vulnerable side? Who among his friends and "in crowd" would understand if he told them he sometimes felt weak and shallow in spite of the fact he could bench press a thousand pounds?

Oh, and yes, he had to have the most "beautiful bling" of all hanging onto his arm. It signaled the world he had it all, could get it all and deserved it all. There was not a single clue to reveal his inner conflict. Shocked was the reaction by all, including Greg, when out of nowhere, on an ordinary one day the melt-down came. The pressure of being beyond human revealed what Greg long suspected. The male feels vulnerable the same as the female.

His personal melt-down and crisis in all areas of his life birthed this radio show. His quest to learn the truth could no longer be suppressed. What began as his personal journey soon birthed the realization this was a "male" thing, a male issue; not just his personal transcendence. All his unraveling revolved around the male molding personality and behavior issue. It was society molding the male behavior for a paradigm of survival that no longer existed.

The buzz is on the street. "Set us free from the chains of expectations that bind us", says the Male. Let us be ourselves. Let us reveal our peacock feathers. Our strength comes from our weaknesses. The truth is resonating across the land. A radio theme was borne and the hungry truth seekers are flocking to hear Greg and his guests tell it like it is. Come and hear a big "Secret". To get what you want you got to know who you are. Ladies, do you want to know what men really feel about issues? I am talking everything from looks, behavior to sex. Tune in and find out. Sally Jesse Raphael says, "Greg is the hurricane of truth and that none tell the truth with such candor and sensitivity."