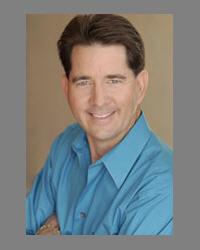 Greg Peterson, received his Masters degree in Environmental Planning in December 2006, and his Bachelors degree in Interdisciplinary Studies at ASU in 2004. Both degrees were grounded in sustainability studies merging over 20 years of real world self study with academic planning. As a resident of Phoenix for the last 40 years, Greg has a long rich history of urban sustainability and food production in dry lands. He was first introduced to desert gardening by his mother at the age of 12. Throughout his life the notion of sustainability played a key role in the way he pursued his education and planted his gardens. In 1991 the concept of permaculture was introduced and brought together many sustainability concepts into one cohesive system.

In 2001 out of his undergraduate work at ASU, Greg created a new concept called the Urban Farm, a real world environmental showcase home in the heart of Phoenix, Arizona. Utilizing his extensive background to develop an innovative holistic home site, The Urban Farm www.urbanfarm.org features an entirely edible 1/3 acre farm, rainwater and greywater harvesting, solar applications along with extensive use of reclaimed and recycled building materials. The site is opened periodically throughout the year for the public to experience, taking with them some of the principles presented. The Urban Farm offers classes, lectures and tours throughout the year.

Greg Peterson is a writer, teacher and lecturer on many aspects of sustainability. His passion is to present the concepts so that the receiver can conceptualize and implement the technology into their own space. He is currently a contributing writer for Phoenix Magazine, Edible Phoenix and is a primary writer and host for the new television show Smart Spaces: Inside & Out www.SmartSpacesTV.com. Greg has owned several businesses in his life and has an extensive background in the world of technology having run a computer training and software development company from 1986 to 2003.