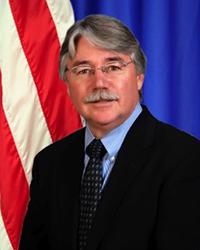 Greg Zoeller was elected Indiana's 42nd Attorney General November 2008 and sworn into office January 12, 2009. Zoeller was reelected to a second term in November 2012 and sworn into office January 14, 2013. Prior to being elected Attorney General, Zoeller served as the chief deputy to his predecessor, Steve Carter, making him the first to have served in the office prior to being elected.

A commitment to service marks the career of Attorney General Zoeller and is also the mark he is making on the Office of the Attorney General. With a focus on consumer protection, Zoeller has expanded the Do Not Call statute to include wireless telephones, increased protections for teachers in returning discipline to the classroom and fought for homeowners facing foreclosures. Battling scam artists with proactive investigations and aggressively seeking to shut down fraudulent businesses preying on Hoosiers has made Indiana known as a State for consumer predators to avoid.

As a member of the Consumer Protection Committee for the National Association of Attorneys General, Zoeller serves in a national leadership position. He also serves on the US Department of Justice Executive Working Group to develop greater collaboration and coordination of state and federal criminal justice agencies. Zoeller serves as a member of Indiana's Criminal Justice Institute helping law enforcement agencies with a focus on victim's rights.

An advocate for the most vulnerable in society, Zoeller developed a partnership with members of the legal profession in the March Against Hunger, an annual campaign to support Indiana's food banks. During his first year in office Zoeller established an outreach program bringing the services of the Attorney General to communities throughout the state with a focus on serving the elderly, those facing foreclosure and other financial crisis, recent immigrants and our youth who are targeted by scam artists and other predators.

Zoeller had previously served as Assistant to Vice President Dan Quayle in the White House from 1989-1991 and earlier served then-Senator Quayle in both Washington and Indiana in legislative and executive capacities since 1982. His other government experience includes serving as Special Assistant to the U.S. Attorney General, Richard Thornburg, in 1988 and as Senior Counsel to the House of Representatives Committee on Government Reform and Oversight in 1998.

Zoeller served on a U.S. delegation to NATO in Brussels, Belgium as the Vice President of the Indiana Council of World Affairs in 1992 and led Airlift Indiana, a private relief mission, to Bangladesh and another relief mission to Honduras following natural disasters in those countries.

A native of New Albany, Indiana, Zoeller graduated from Indiana University School of Law at Bloomington in 1982. He is married to Kerrie Turner and has three children, Gretchen, Katherine, and Michael. They are members of Christ the King Catholic Church.