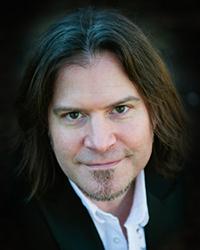 The Ticked Off Music Fest was founded in 2012 by Gregg Kirk, who currently hails from the NYC metro area in the US. Kirk is the lead singer/songwriter for the band The Zen Engines and former publisher of the Philadelphia/Delaware-based publication Big Shout Magazine. He has also been dealing with chronic Lyme for almost a decade.

Originally from the Philadelphia area, Kirk got his musical start playing with Philly legend Robert Hazard shortly after Hazard penned "Girls Just Wanna Have Fun" for Cyndi Lauper. Kirk then went on to form his own bands, including The Killtoys, Shovelhead, The Figurados and eventually The Zen Engines.

In 1989, he founded Big Shout Magazine, a monthly entertainment tabloid that covered the arts and entertainment happenings in the Delaware Valley from Philadelphia to the Delaware beaches. While acting as executive editor, he founded the Delaware Valley Music Poll Awards a Grammy-like music poll culminating in an awards ceremony in Phildadelphia from 1991 to 1994 and the Taste of Wilmington Festival an outdoor food and music festival featuring the region's best restaurants and live music with a yearly attendance of 4,000 to 6,000 people until he sold the publication in 1996.

In 1999, Kirk moved to the NYC metro area where he built his own recording studio and began recording and songwriting in a number of projects. Not long after, he began noticing strange symptoms and spent more than two years going from doctor to doctor seeking a diagnosis. Finally, in 2005 a holistic doctor made the diagnosis and Kirk spent the next several years trying a combination of Western medicine and alternative remedies but to little avail. In March of 2010, he visited John of God's Casa de Dom Incio de Loyola in Abadiania, Brazil. While there, Kirk experienced a major reduction of his symptoms and a spiritual awakening that inspired him to help others with the illness. Since then, Kirk has been dedicated to helping those with chronic illness through music, motivational speaking, and fundraising.