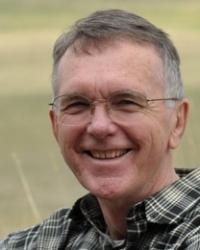 GW Hardin is a New York Times bestselling author, having written or co-written eight books having to do with true stories about the extraordinary. Hardin specializes in the bringing together of opposite worlds, using science and scientific research as a backdrop to his unexplainable stories. He is one of the foremost authorities on the angelic realm while also writing about the parallels that quantum physics has to meta- messages from non-ordinary sources. He can speak about angelic gateways in one breath and turn around and display matching patterns used in the quantum Theory of Everything M8 Model.

As a lecturer, GW Hardin has presented talks at colleges and universities around the country and has given many keynote addresses at conferences. He has appeared numerous times on television and radio shows that have reached millions of people. These days he is working on a new book that explores the bridging of the worlds of the extraordinary to applications in everyday life.

The author has appeared on radio and television, and has been interviewed in magazines and newspapers across the nation. A graduate in mathematics at the University of Washington, starting his career as a computer scientist, Hardin&700;s encounter with an incurable disease forced him to explore a new way of life. His first encounter with an angelic being brought the disease to a sudden end, catapulting him into exploring stories of the miraculous and the unexplainable. Presently, he lives in Denver, Colorado, where he is working on his latest book and collaborating with Journeys for Conscious Living to create outreach programs across the globe.