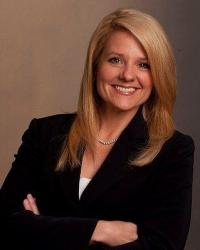 Gwynne Shotwell is the President and COO of SpaceX, the commercial space exploration company founded by Elon Musk. She manages the day-to-day operations of the company including a manifest of nearly 50 launches to be going up in the next few years, contracts worth close to $5 billion, a new deal with NASA to deliver astronauts to the space station, and an initiative to develop satellite internet services.

Gwynne has been recognized for many awards and honors. She has recently been named one of the world's most powerful women by Forbes Magazine, has been awarded Northwestern University's 2015 Centennial Alumnae Award, the National Space Society's Space Pioneer Award, Women in Aerospace Outstanding Achievement Award, and a slew of other awards and achievements.

She graduated from Northwestern University with degrees in mechanical engineering and applied mathematics. She was the seventh employee hired on to SpaceX in its founding year (2002) and has been in her current role since 2008. Prior to SpaceX she spent over ten years at Aerospace Corporation and was Director of Microcosm's Space Systems Division.