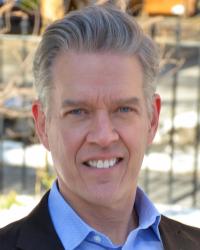 For twenty-five years, Harry Prichett has made his living as a communicator. He was a member of the main-stage and touring companies of Chicago City Limits, one of NY’s premier comedy improv groups, and has taught improvisation to both children and adults. His one-man show, “Work=Pain=Success,” has been performed in NYC, New Jersey, and Philadelphia. The New York Post called it “one of the funniest and most insightful solo vehicles mounted this year.” He has written and performed comedy for NPR’s “All Things Considered” and co-authored the New York Times bestselling humor books, Bad Cat, Bad Dog and Bad President. As a voice actor, he has been heard on countless national radio and TV commercials. He has brought his broad experience to a new stage in his work as a certified, professional coach. Working specifically with successful, midlife professionals who are in career transition and are open to reinvention.