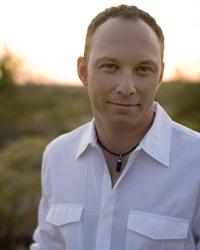 Howard Falco grew up in the northwest suburbs of Chicago as the oldest of three children. After graduating high school he attended Arizona State University. He holds a degree in Business. After graduation he entered the financial world as an investment manager.

In August 2002, shortly after his 35th birthday, something rather remarkable happened, the first of two events that he now describes as peak experiences. These were extensive and astonishing shifts in awareness that happened instantaneously. The result for Howie was an immediate release from all disharmony and fear in life. He perceived a connection and oneness emanating from everything in the world. Each object in existence was revealed for its complete purpose and perfection. The experience of peace and tranquility pervaded every part of him.

Since that incredible period in his life, it has been Howies desire to honor the information he learned by offering it to others who are interested in achieving peace in their own lives. He is currently writing a book based on his insights. His daily intent is simply to offer what has been revealed to him to all of those who desire to know it.

Coming out in 2009 is Howards new powerful book on self-realization. I AM: The Power of Discovering Who You Really Are. In this book Howard offers a profound explanation of the nature of your own existence and an understanding of the life you are capable of creating.