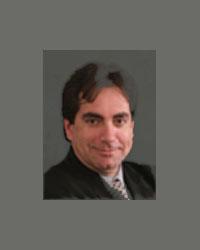 Howard Melamed is living proof that the Science of Opportunity works. Born in 1956 in Montreal, Quebec, Howards early academic years were a bit bumpy, with one teacher predicting he would never finish high school. Howard not only proved her wrong but seized the opportunity to be president of his senior class. He went on to study Civil Engineering at McGill University, with a minor in Computer Science, and after graduating he used his education to fuel his first entrepreneurial endeavors: construction management and computer consulting.

As Howard moved through life, he continued to see opportunity where others did not and then capitalize on his insight. Some of his more memorable ventures include acquiring the historic Outremont Theater in Montreal with other investors and bringing live entertainment to the downtown district; blowing into Florida with Hurricane Andrew on his tail, just in time to help the area rebuild; and using his foresight as a marketer to ride the crest of the Internet wave with his ecommerce storeall unique openings he identified and developed following the principles of The Science of Opportunity.

To those who might say he is lucky, Howard explains that, luck had nothing to do with it. He always found a way to be open to, recognize, and act on opportunity when it came his way. Today Howard is CEO and President of the CellAntenna Corporation, a multinational, multimillion-dollar telecommunications service company with employees worldwide. He has been interviewed by Associated Press, International Tribune, The New York Times, Chicago Tribune, Fox News, MSNBC and on numerous radio talk shows. He continues to contribute articles to his Web site, Coralsprings.com, and plans to publish two novels in 2008.

Howard lives in Coral Springs with his wife and business partner, Barbara.