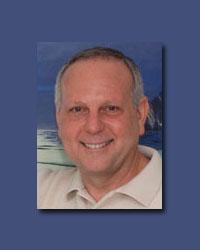 Howard Wimer is the author of Inner Guidance and the Four Spiritual Gifts. He has been involved in the personal growth field for over 30 years.

Starting out as a musical arranger and film producer, Howard
eventually became personal assistant to the late Steve Allen, creator of the "Tonight Show" on NBC. As an award-winning musician, Howard realized that inner communication was the most important area to develop in a person's life.

Since 1975, he has given lectures and workshops throughout the U.S.,
Europe, Canada, the Caribbean, Australia, and New Zealand. He has
appeared as a guest on hundreds of radio and television programs and has been featured in major newspapers around the world.

Howard is the founder of Inner Expansion Workshops & Inner Expansion Virtual University, successful, international, community-based
programs and courses designed to give people the tools to understand who they are and what they want to accomplish in life.