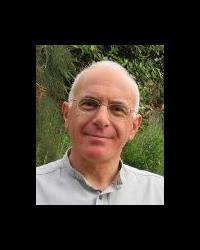 Ian is a U.K. based doctor who qualified in 1978 and has been a family physician since 1982. He has worked at Eagle House medical practice since 1984 where, with six other doctors together with his paramedical colleagues, he looks after the health of almost 13,000 residents of the London Borough of Enfield.

A busy doctor at the height of his career, Ian is the last person you'd expect to become a medium. But in 2003 he experienced sequence of intriguing events which led him, against his medical and scientific inclinations, to join a development group for trainee mediums.

He didn't know it at the time, but he had embarked upon a journey which turned into whacky and wild ride through the hinterland of reality. Along the way it dragged in his family, friends and patients. Faced with paranormal encounters and astonishing coincidences, he found his views of how the world works being challenged almost to breaking point.

You can read about his experiences and his struggle to integrate them into the practice of medicine in Consulting Spirit: A Doctor's Experience with Practical Mediumship. Available to order online from Amazon.com, Amazon.ca, Amazon.co.uk and Barnes & Noble,