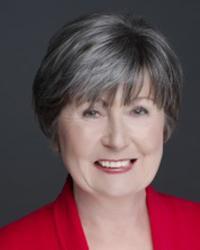 Martine’s fascination with human behavior began as an eight year old in Germany who read—under bed covers by flashlight and against strict maternal instructions—mythological stories and Tolstoy's Anna Karenina. They fired her imagination and a hunger to understand people. Armed with a master's degree in French literature (she speaks four languages, three fluently), the quest to discover why people lose their early enthusiasm for learning led to an early career in education. While working as a teacher with inner-city at-risk youth who seemed to hate to learn, Ingrid began experimenting with and developing innovative education models. Certain that a disdain for learning is unnatural, she came to the conclusion that what she called a “rich learning environment” might be the answer.

Developing this concept led Martine onto a new path into the world of business: first as a consultant, then as an internationally certified executive and team coach with clients throughout the world. Currently the CEO of Your Leaders’ Edge Coaching, Consulting, and Training, a firm specializing in transforming resistance to change, she focuses on changing the organizational culture of small businesses and for-social-profit organizations. Some of Martine’s certifications are in organization development, 360-degree assessments, and as seminar leader for The Academy for Coaching Excellence. Her most recent certification is in Harvard professors Robert Kegan and Lisa Lahey’s mind-mapping process, which uncovers the little known origins of the resistance to change. In 2014 she was the featured presenter and workshop leader for ICF-North Texas on overcoming the immunity to change. And she has been selected as a presenter to the prestigious Vistage organization, whose members are distinguished CEOs, community leaders, and other luminaries of the nation and world.

With her straightforward, pragmatic, yet caring approach, Martine encourages and supports shifts in thinking to achieve breakthroughs. Armed with the modalities she has mastered over her long career, such as engaging in courageous conversations based on conflict aversion rather than avoidance, developing emotional and social intelligence skills, dealing with “difficult” people, understanding resistance to change, developing cross-cultural awareness and competency, she has received remarkable results in both business and education, her first love. As examples of the latter, she created and managed a cross-cultural awareness program for students in Howard County, Maryland, and as a volunteer leader, she brought a symposium on deep change to Texas which is now taught world-wide.