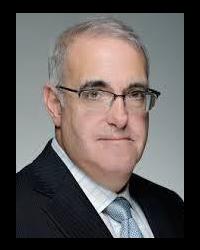 A finance executive with more than three decades of experience in investment banking, Irvin Goldman currently manages investments as president of Validity Holdings in New Jersey. After completing a BS in economics and MBA in finance at New York University, Irvin joined Salomon Brothers as a trainee in 1983. Over the next five years, he rose up the ladder at Salomon, eventually becoming head of Mortgage Matchbook and a senior short-term proprietary trader. From Salomon, Irvin began a multifaceted tenure as a managing director of Credit Suisse First Boston.

One of the youngest partners in the CSFB’s history, he oversaw the Repurchase Agreements, Global Futures, Mortgage Backed Securities, US Proprietary Trading, and the US Interest Rate and Derivatives businesses. He also chaired the Trading Risk Management Committee and sat on the Global Management Committee. Outside of CSFB, Irvin served on the Bond Market Association’s Funding Division Executive Committee and chaired the Repo Practices Trading Subcommittee.

In 2003, Irvin was hired to run the Debt Capital Markets and Asset Management divisions at Cantor Fitzgerald, the investment bank that lost more than two-thirds of its staff in the September 11 attacks. Over the next four years, Irvin helped reposition Cantor as one of the more dynamic institutional investment banks on the globe, earning promotion to president and CEO of the company in the process. Apart from launching new Equity Derivatives, Fund of Funds and Cantor Labs divisions, Irvin led Cantor’s addition to the Federal Reserve Bank’s list of primary dealers in 2006.

Following an independent business venture, Irvin joined JPMorgan Chase as head of strategy for its Chief Investment Office. While there, he directed investment strategy for JPMorgan’s $350 billion global fixed income portfolio and served on the Global Regulatory Strategy Committee, Risk Working Group, Risk Operating Committee, and Strategic Investment Committee, among others. Today, he oversees a broad diversity of public securities and private equity investments through his family office, Validity Holdings.

A lifelong devotee of the arts as well, Irvin founded Goldrock Entertainment in 2003, which financed documentary feature Manda Bala as its first project. Released in 2007, Manda Bala went on to win both the Cinematography Award and Grand Jury Prize at the Sundance Film Festival. In his spare time, Irvin draws, paints and studies the work of the great masters, from the Renaissance to the modern era.