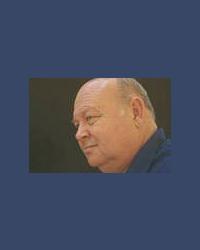 J. Richard Knapp is an American author from Roseburg, Oregon. Educated at Boise State University and the University of Oregon, he worked as an elementary teacher and principal from 1972-2007 before writing his first book for children and teens. Knapp's accomplishments as a writer and speaker include four published books, a free email bully prevention newsletter, and a national speaker on the development of healthy organizations through Dignity, Respect, and Understanding - including the removal of bully behavior.

The Early Years: J Richard Knapp was born in Ontario, Oregon. Knapp's stories often reflect his experiences as a young boy exploring the banks of the Snake River with his closest friends. His adventurous nature and creative mind often led to great stories about life on the river. The author's life as a young teen turned to turmoil in the early 1960s. His small rural community could no longer compete in the world market. Knapps parents soon found themselves without jobs and no future. The family sold everything they owned and moved to Boise, Idaho in hopes of starting over again. The months and years ahead were hard, as the family struggled in deep poverty just to survive. J Richard Knapps book, Bobbys Story, is based upon this time in his life.

Knapp's family moved to Nampa, Idaho in 1963 to begin a new small business. Although the family continued to struggle financially, his parents eventually built the business into a successful venture. J Richard Knapp formulated his beliefs of Dignity, Respect, and Understanding during these years.

J Richard Knapp graduated from high school in 1967. His accomplishments as an athlete earned him a scholarship to Boise State University, where he earned his Bachelor of Arts Degree and Master of Arts Degree in Education. This was followed by post graduate work at the University of Oregon in administration.

J Richard Knapp developed a positive reputation of working with low economic schools. Knapp periodically served as an adjunct graduate school instructor for the University of Oregon during the 1990's. The author's course focused on developing the communication skills in educators. Knapp's classes were seeing his earliest concepts of Dignity, Respect, and Understanding.

Bully Prevention Newsletter and Website: J Richard Knapp's commitment to the prevention of bullying has led to the creation of a free international email newsletter for educators, families, and communities. The newsletter provides readers with effective research and strategies for dealing with bully behavior. In addition, the author has created a website and various links to Facebook, Twitter, Squidoo, and more.


Honors: J Richard Knapp has been recognized for his commitment to youth with a number of honors through the years such as literacy recognition, work in conservation and salmon enhancement/education, school excellence, etc. Associated Oregon Industries in 1991 recognized Knapp for his leadership in education. This was followed by the author's participation as a member of the International Symposium on Education with leaders from Great Britain, Japan, Canada, China, Germany, Australia, and the United States of America. In 2003, Knapp became President of the Oregon Elementary School Administrators Association representing elementary schools across Oregon. The author followed this work by becoming the President of the Confederation of Oregon School Administrators in 2006 representing all school administrators and their schools. His work was recognized both in his home state and nationally.