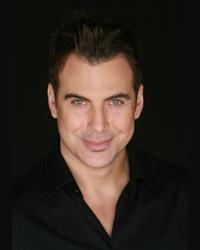 Jack Rourke is the author of the celebrated forthcoming book The Rational Psychic, A Skeptic's Guide to Extraordinary Perception. Aside from writing however, Jack is also a recognized paranormal expert and commentator who has appeared internationally on Showtime, the BBC, the History Channel and Travel Channel.


Dubbed world renowned by AOL'S celebrity news website Pop-Eater dot com for his psychic work on criminal and missing person's cases, Jack was the "go to" guy for CNN when they needed a spiritual perspective on the passing of super star Michael Jackson. This particular interview drew praise for Jack from fans as far away as Kenya, Japan, Greece, Australia, the United Kingdom and China.


Mr. Rourke was also featured as the real life Patrick Jane, the lead character in the hit CBS television series the Mentalist. His commentary on psychic police work is interwoven in a special documentary in the programs season one DVD release. In addition, Jack provided annual predictions to the Associated Press for several years running. Examples of the information on record accurately forecast in these interviews which were both event and time specific were: In 2006 for 2007, a collision between a submarine and what Jack called a "Chinese oil tanker" off the coast of Africa which two months later turned out to be a collision between a Japanese super tanker and the American naval submarine the USS Newport News. And in 2007 for 2008: Mr. Rourke predicted the August 2008 invasion of the Republic of Georgia by Russian troops.


Jack has also consulted on such feature films as Lionsgate's The Haunting in Connecticut, Summit Entertainments Push and Paramount Picture's Friday the Thirteenth. His radio appearances include, but are not limited to, the internationally syndicated Coast to Coast with George Noory, CBS' Overnight America with John Grayson, the nationally syndicated Mancow morning radio network, and countless other regional and internet based radio programs around the world such as: Clear Channel's Speaking of Strange with Joshua Warren, BIM radio, the Paranormal Portal Radio Network, Aussie Chat and the BBC, RTE, AOL and MSN radio networks, to name just a few.