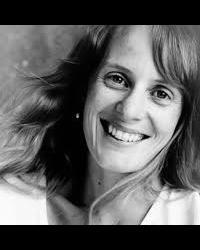 An innovator and visionary, Jackie Heinricher's work is helping to support economically challenged communities domestically and internationally by expanding markets for agriculture, forestry, bio-fuel, textiles, green building materials, pulp for paper production and climate mitigation. As founder and CEO of Booshoot, a pioneer and leader in bamboo tissue culture, Heinricher has developed unique, patent-pending technologies that have fueled a transformative shift in how bamboo is grown, propagated and harvested worldwide, offering the potential for it to be grown sustainably and rapidly on a mass agricultural scale.

Prior to founding Booshoot, Heinricher spent a decade in fishery science and management including serving as reservoir manager for the Tennessee Wildlife Resources Agency and coordinator for a 28-state study for the Mississippi Interstate Cooperative Resource Association. Named one of Seattle Business Magazine's Top Innovators and winner of Martha Stewart's "Dreamers Into Doers" award, Heinricher has appeared in numerous peer-reviewed scientific publications and been featured in The New York Times, Reader's Digest, Smithsonian, The Seattle Times and on NPR. She holds a master's degree in fisheries from Tennessee Tech University.