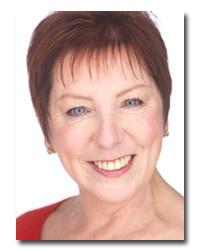 Author, Life Coach and Speaker Jacqueline Wales is known as the The Fearless Lady in her circles, she is also called The Midlife Blackbelt Millionaire, a moniker worn by a remarkable person with a penchant for self-reinvention.

Overcoming an abusive childhood, Jacqueline left Scotland at 16, soon after moved to San Francisco with 800 and a backpack, overcame a bout with alcoholism, and became a writer and a singer. After raising three kids, she became a black belt in Karate at age 49, and became a lay-Cantor in Paris, as well as Amsterdam. She is now a life coach, motivational speaker, host of her own radio show Fearlessly Speaking and a successful entrepreneur. Her company, Fearless Fifties, LLC, organizes a motivational support community for aggressive women in mid-life. She has written three books, The 10 Healthy Habits of Fun, Fearless People, When the Crow Sings and upcoming, The Fearless Factor.