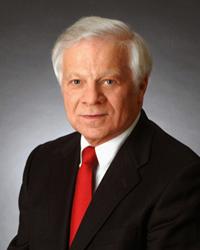 James Hollis, Ph.D., was born in Springfield, Illinois. He graduated with an A.B. from Manchester College in 1962 and with a Ph.D. from Drew University in 1967. He taught the Humanities 26 years in various colleges and universities before retraining as a Jungian analyst at the Jung Institute of Zurich, Switzerland 1977-82. He is a licensed Jungian analyst in private practice in Houston, Texas, where he served as Executive Director of the Jung Educational Center of Houston from 1997-2008.

He lives with his wife Jill, an artist and therapist, and together they have four adult children. He is a retired Senior Training Analyst for the Inter-Regional Society of Jungian Analysts, was the first Director of Training of the Philadelphia Jung Institute, and is vice-president of the Philemon Foundation, which is dedicated to the publication of the complete works of Jung.

He has written eight books published by Inner City Books, a Jungian-oriented press located in Toronto, Canada; he has also written three books published by Gotham Press, a division of Penguin. His books have already been translated into Russian, German, Swedish, Spanish, Portuguese, Turkish, Italian, Korean, Finnish, and Japanese.