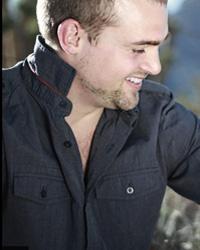 At the age of 4, James Rick was either going to be a priest or an Entrepreneur. His mother recounts how he sold finger paintings in the drive way, affixing price tags next to each one. His best and only customer was his mother who bought them all. His first profitable business was a lemonade stand near their home, which raked in 5 a day.

Fast forward some years later, James Rick Stinson started his first major venture with less than 1,000 at the age of 17 and received the Young Entrepreneur of the Year Award by the Chamber of Commerce. By age 18, he had gotten into as much as 30,000 in family loans and credit card debt, but somehow managed to get out of it. Over the next 3 years, he grew that business to half a million dollars in sales and hired as many as 60 people by expanding his offices half-way around the world to Noida, India, where he lived and worked for 3 months before returning to the US. James learned the hard way that you can't do it all yourself, he had been the top sales person at his company and when he stopped selling to focus on building out the office, things took a turn for the worse. He ended up closing the business a few months later due to losses. "It crashed and burned, but I was still alive."

Undeterred and excited after getting his first taste of Asia, James started his second major enterprise, Global Sky, a call center outsourcing business in Manila, Philippines, where he would live and work for the next five years. He grew that business from 0 to 2 million in revenues and more than 200 employees. He now travels the world running the business remotely. James was interviewed by Fox News Business for his role in outsourcing. James also made a minor appearance on Oprah in conjunction with the Big Give reality show and was on the cover of NSA magazine for its feature on the next generation of young speakers. James credits personal development and his Full Potential philosophy for his accelerated path to success. James has been studying how to develop and harness human potential for more than 15 years. What began as a desire to have more good days than bad days and a curiosity about dreams and meditation evolved into thousands of hours of research and experimentation in the areas of personal development, philosophy, biology, physics, psychology, evolution, religion and spirituality, naturally altered states of consciousness, entrepreneurship, economics, and politics. The broad scope of James experience and study gives him a unique perspective not usually found in other forms of literature or presentation.
Have you ever felt like the clock is ticking and you're destined to do more with your life? James helps you clarify your highest values, goals and strategies so that you can focus your time, energy and money on a clear purpose for getting where you want to go and becoming what you're destined to be-faster.