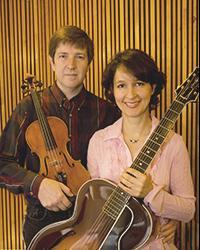 Jim writes for a regular column for Fiddler Magazine in addition to his work with Strings, Acoustic Guitar, and the Devil’s Box on a variety of topics related to fiddle and guitar and is featured in four Acoustic Guitar’s Private Lessons book/cd packages and the Strings Letter Press book Fiddle Traditions. He has three instructional fiddle videos with Homespun Tapes and five fiddle and one guitar instructional videos available from the Murphy Method/ Mel Bay Publishing, and he is a recording artist on his own Whippoorwill Records as well as Maple Street Music, Sugo, and Pinewood Music. He owns and operates Fox Mountain Studio, a first rate project studio which focuses on acoustic folk music projects. He founded and led for five the years the Tennessee Fiddle Orchetstra.