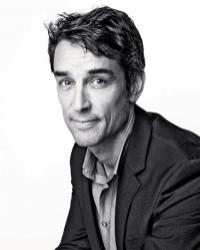 Jamie Wheal is the author of the global best-seller and Pulitzer Prize-nominated Stealing Fire: How Silicon Valley, Navy SEALs and Maverick Scientists are Revolutionizing the Way We Live and Work and the founder of the Flow Genome Project, an international organization dedicated to the research and training of ultimate human performance. Since founding the organization in 2011, it has gone on to become the leading voice of evidence-based peak performance in the world, counting award-winning academics, legendary professional athletes, special operations commanders, and Fortune 500 business leaders among the hundreds of thousands of people in its global community.

Jamie is an expert on peak performance and leadership, specializing in the neuroscience and application of Flow states. He has advised everyone from the U.S. Naval War College and Special Operations Command, the athletes of Red Bull, and the owners of NFL, NBA, MLB, and Premier League teams to the executives of Google, Goldman Sachs, Deloitte, Cisco, and Young Presidents' Organization. His work and ideas have been covered in The New York Times, Financial Times, Wired, Entrepreneur, Harvard Business Review, Forbes, INC, and TEDx. He has spoken at Stanford, MIT, the Harvard Club, Imperial College, Sandhurst Royal Military Academy, the Bohemian Club, the United Nations, Singularity University, and Summit Series.