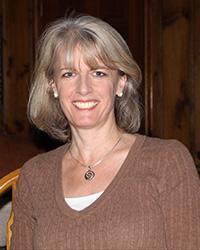 Janet Wolter is an American from Minnesota who has a background in the retail sector but also has a lifelong interest in history. She is married to the host of History Channel's 'America Unearthed,' Scott Wolter, who she frequently travels  with to dig into historic mysteries.

For some years now Janet has been one of Scott's chief researchers and has made herself something of an expert when it comes to certain aspects of United States and European history. Janet has a keen eye and is inclined to notice things others don't and it was on account of this proclivity that she and Alan got together and soon found themselves involved in a great adventure that resulted in our book.