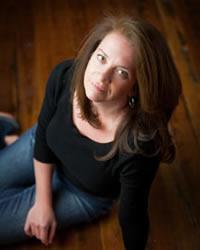 Ten years ago, Janice tried to find someone anyone to take a trip with her to southern Utah to explore the mystery of slot canyons. Not only would no-one go with her she didnt take it personally at the time, but now shes beginning to wonder, everyone she talked to tried to talk her out of it. Its too dangerous Its too weird Your joints are creaky what are you thinking?

She admits to almost succumbing to their uninformed but well-intentioned warnings, but decided instead to put on her big girl panties and head out to the slot canyons alone. The best thing that ever happened to me, aside from dark chocolate, was that I had to take that trip alone. That was 1998, and Janice has been addicted to solo travel ever since. More than a decade later she realizes that the gifts solo travel gave her are priceless. Travelling alone changed my life and it changed the way I look at life and at my future. To be able to share these epiphanies with others is also a gift.

Whether its through personal coaching sessions or via the pages of Only Pack What You Can Carry, Janice is committed to sharing her insights about what it means to live the life you want to live. Just dont ask her to share her chocolate

Born in British Columbia, Janice Holly Booth is a lifelong equestrienne and avid solo traveler. The former CEO of a Girl Scout council in North Carolina, and former Executive Director for the arts-in-education organization, Young Audiences of Western New York, her many accomplishments have been recognized with local and national awards, including the Presidential Medal of Arts which was awarded to the Young Audiences network during her tenure, the first time in its history the award had ever been given to an organization. Janice was presented a Hero award by the City of Buffalo Common Council for her efforts to revitalize the City via public access to the arts. She was also named Woman of the Year in 2006 by the Gaston Womens Commission honoring her achievements and leadership in the community. Her occasional travel series in the Gaston Gazette entitled On Adventure with Janice Booth, inspired many of her readers to summon the courage to have adventures of their own. She is also an accomplished photographer and writer, and has published short fiction, literary reviews and editorials throughout her career. She is currently Executive Director of Classroom Central in Charlotte, NC.