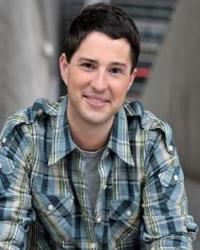 Jarrad Hewett is the International Best-Selling author of The Big E, Everything is Energy as well as the brand new Love, Life, God: The Journey of Creation. Through his writing, he seeks to help others reconnect with their own inner guidance, wisdom, and peace. Jarrad seeks to empower others by sharing his personal humor and insight.

Jarrad was born and raised in Oklahoma. He moved to Los Angeles in 2004 after graduating with honors from Oklahoma City University. He holds doctorates in both divinity and metaphysics.

In 2005, Jarrad began working as a voice actor and has since been the voice behind hundreds of television and radio commercials. He's also voiced major national and international campaigns for companies such as Coca-Cola, Toshiba, and The Ad Council of America.