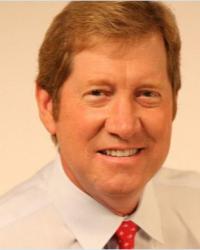 Though an active Minnesota resident for two decades, many people in Minnesota’s 2nd Congressional District know Jason from his popular radio show in the Twin Cities. On the air, Jason was known for an independent streak – critical of establishment politicians in both political parties.

In fact, the Washington Post once described Jason as “what radio titan Walter Winchell was to New York politicians: a force capable of delivering migraines.”

His grandfather—with just an 8th grade education—started a successful enterprise lasting 50 years in the industrial and automotive aftermarket. Lewis Motor Supply, Inc. became a family tradition when Jason’s father took over the business and a third generation business when Jason took the helm along with his two sisters.

Unfortunately, the government had other ideas. In the mid-80s, the family warehouse was targeted for a highway project under the power of eminent domain. After negotiations with government agencies failed to produce a price the family thought adequate for rebuilding, Jason faced the difficult decision of closing a profitable business and eliminating a substantial number of jobs.

Jason has spent a lifetime in the private sector. And it is this experience that taught him the importance of living within your means; how government often gets in the way of progress; and why a productive job is the most important social program of all.

That’s why there are few candidates for Congress who better understand that before consumers, you have to have producers; before employees, you must have employers; and before funding a public sector, you’d better have a thriving private sector.

In 1990, while finishing his Masters degree in Political Science, Jason entered the public arena. First running for Congress in a decidedly liberal Colorado district as a young but energetic 34 year old, then combining his knowledge of both business and politics into a successful second 25 year career in broadcasting. And when he had the opportunity to bring his talk show to Minnesota over two decades ago, he jumped at the chance of moving to his mother’s home. Because for Jason, Minnesota is in his heart.

“The highlight of every year growing up was our annual two week trek to Crosslake. Believe me, I’d pester my Mom endlessly for weeks with ‘when are we going to the lake?’ or ‘is it time to go up north yet?’ Now, when I visit her grave at Ft. Snelling, it always comes to mind in the most bittersweet of ways.”

Jason’s life changed 20 years ago when he met his wife, Leigh. Jason and his wife Leigh have two daughters, Lindsey and Lauren. Following in her mother’s footsteps, Lindsey is an intercollegiate swimmer at St. Cloud State University. Their younger daughter, Lauren, while only an 8th grader, competed at the Minnesota State High School swimming meet this year. With all the activities on the family agenda, Jason understands how frustrating it is for hard working families in the 2nd district to balance their time and resources while the politically connected do very well.

And that’s why Jason is running for Congress. He truly believes we are at crossroads and the future of his children, as well as many others, depends on serious people actually doing something about the problems we face.

As Jason himself says, “This campaign is about big things in 2016. Government has grown far beyond its constitutional limits and the result is less freedom, less real economic growth, higher taxes, more debt, and a national angst about where we’re headed as a people. I guarantee you, we’re going to change that–starting with the 2nd congressional district.”

A gifted author, he was a contributing columnist at the Star Tribune of Minneapolis and has been published in newspapers nationwide, including the Wall Street Journal and The Washington Times. His 2010 book, Power Divided is Power Checked has become a must read for anyone interested in federalism and the importance of local units of government to our republic.