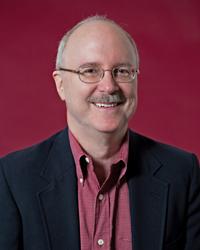 Jeffrey Chappell is a professional musician and a lifelong student of spirituality. Most-recently Jeffrey became an international best-selling author with his book "Answers From Silence." The author recounts that one day while sitting quietly, he received a message from his Enlightened Self. He learned to converse with it and to assimilate its wisdom. As his Enlightened Self revealed one answer after another to the questions and problems in his life, he felt his awareness evolve from a narrow personal focus to a cosmic viewpoint of our timeless existence.

Jeffrey is also a composer, recording artist, jazz musician, and college professor. As a concert pianist, he has traveled around the world giving performances and music seminars. His numerous writings, exploring the spiritual dimensions of music, have been published in Clavier Magazine and in Piano and Keyboard Magazine, for which he was a contributing editor. He also offers a blog.

Jeffrey is a practitioner of the MariEl healing method and stresses the importance of meditation in one's life. Jeffrey Chappell has been called a "Spiritual Savant."