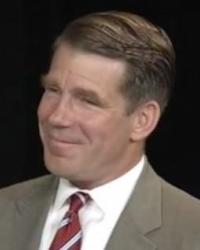 Jeff Van Nest began his career with the FBI in 2002 as a Special Agent assigned to the Los Angeles Field Office.  Mr. Van Nest was involved in the investigation of a variety of International Terrorism matters as a member of the Joint Terrorism Task Force (JTTF).

In 2007, Mr. Van Nest was promoted to FBI Headquarters as a Supervisory Special Agent within the Counterterrorism Division.

In November 2011, Mr. Van Nest was selected to lead the newly established FBI Genocide War Crimes Unit.  In this capacity, his responsibilities included the oversight of all FBI genocide, war crimes, and torture investigations within the continental United States and overseas.

In February 2013, Mr. Van Nest transferred to Minneapolis as a JTTF squad supervisor and is now the Associate Division Counsel.