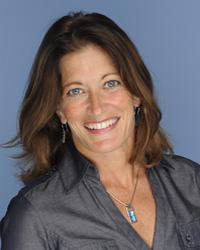 Recently rated amongst the Top 10 Lesbian comics by Curve magazine and "One of the premiere comedians in the country" by the New England blade, Jennie can currently be seen on MTV Network's LOGO channel in two "One Night Stand Up" comedy specials. And was featured in the hit NBC show, "Starting Over."


She can also be seen as the host of her bi-weekly walking talk show, "Jennie McNulty Presents: Walking Funny With" on the premiere lesbian website, "AfterEllen.com."


She has traveled the world doing comedy literally. In addition to headlining in comedy clubs all over the US and Canada, she has entertained the troops in Iraq and Afghanistan, Bosnia, Serbia and many other bases. And, for some less dangerous excitement, she performs regularly at Harrah's Casino in Las Vegas. And is a favorite of Olivia Cruises and Resorts as well as Sweet Travel.


Jennie spends her summer seasons performing nightly in Provincetown, MA and has performed at The Toronto Gay and Lesbian Comedy Festival; The "Dinah Shore" event; & countless Pride events coast to coast. Jennie also produces the popular "Rainbow Comedy Night" in Ventura, CA as well as a monthly comedy/variety show in West Hollywood that consistently features the hottest acts in LA.


AND, in her spare time, Jennie plays women's tackle football for the California Quake in the Independent Womens Football League.