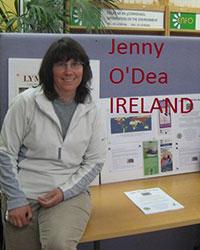 Tick Talk Ireland was set up in January 2009 by two sufferers, Jenny O'Dea and Janet Fitzgerald. Alarmed by the lack of knowledge and support in Ireland, the co-founders set up a facebook discussion and information page to help others dealing with tick-borne diseases.

Tick Talk has gone from strength to strength and hosted Ireland's very first Lyme disease Conference in 2012, distributed thousands of leaflets nationwide, held awareness talks for the public and health and safety officers, designed surveys for patients, written petitions and letters of concern to the Irish and European politicians and published a new book to raise awareness for school children in 2013.