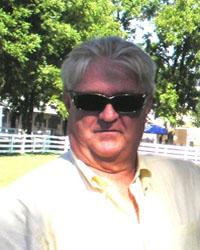 Jerry Reynoldson is Senior Policy Advisor to Saving America's Mustangs. He has a history in public policy, government work, and over twenty years working on the wild horse issue. After receiving a B.A. and M.A. in Political Science from the University of Nevada, Las Vegas, Jerry went to work for the current Senate Majority leader, Senator Harry Reid, in Washington, D.C. His issue portfolio as a Legislative Assistant included all the public land issues, including wild horse and burro issues, and the first hearing he organized in 1991 dealt with the Wild Horse and Burro Act and the management of wild horses and burros on our public lands. After two years, he went to work as a subcommittee Staff Director on the Environment and Public Works Committee. After five years, Jerry left Senator Reid's office to start his own policy consulting business and his clients included mining companies and other resource related entities, all interested in using his knowledge of public land issues.

After five years in the private sector, Senator Reid once again called on Jerry to return to Las Vegas, NV, which had been his home for over 20 years, and take a position as Regional Manager for the southern Nevada Reid operation. He worked in that capacity for another five years before returning to the private sector once again to resume his consulting business. While working for various clients, Jerry formed two volunteer based non-profit groups to support his efforts to reform wild horse and burro policy; the American Wild Horse Adoption Association and Wild Horses 4 Ever, a group that he continues to head. His efforts led the the creation of the first ever National Wild Horse Adoption Day in 2009.

Jerry's relationship with government agency personnel, wild horse advocate groups, and his knowledge of the legislative process have served Saving America's Mustangs well in their efforts to build a cutting edge eco-sanctuary for wild horses in the Western United States.