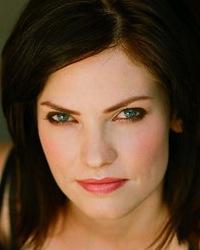 Growing up in rural Indiana, Jill didn't start acting until the age of 16. By 18, she had won a state speech title and attended Bradley University on a theater scholarship.

Jill first gained notoriety when she starred in the action flick In Her Line of Fire, alongside Mariel Hemingway. She become a series regular on Here TV's Dante's Cove, guest starred on Logo's Rick and Steve, and co-executive produced and starred in her own award winning web series, We Have To Stop Now.

Not contented with traditional media, Jill co-starred in the hit web series 3Way and the popular Afterellen video blog We're Getting Nowhere, which led to a television development deal with Logo.

Currently, Jill is in development on a narrative feature, a TV pilot, and the 3rd Season of her web series, We Have To Stop Now.