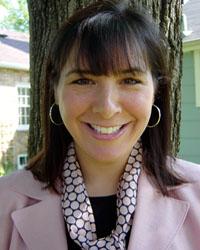 As the great great granddaughter of Spiegel Catalog founder, Joseph Spiegel, Jill Spiegel was encouraged to value her talent for building rapport. Early on, she felt a mission to help others develop their connection skills. After graduating from The University of Michigan with honors, Jill began her career breaking sales records as a door-to-door cutlery salesperson. Soon she was promoted to district manager where she motivated her sales force to increase their sales by 200%. In 1990, Jill founded Goal Getters, a motivational firm where she spreads her message through her hit seminars and speeches to fortune 500 companies, organizations and community centers across the country.

Combining spontaneity, comedy and inspiration, Jill is a captivating, award-winning speaker and media favorite. She appears on hundreds of radio and television shows internationally including The Oprah Winfrey Show, Politically Incorrect with Bill Maher, England's This Morning, Canada's Fox FM, and The Today Show where she performed her special coaching as The Modern Day Cyrano for a top-rated series featuring her first book, Flirting For Success. For five years she hosted her popular radio show, The Jill Spiegel Show on an ABC affiliate. She had her own advice feature as Dear Jill on a nationally syndicated television show, hosted a series on America Online, was the spokesperson for L'eggs "Singles" media campaign and has been featured in People Magazine, The New York Times, The Chicago Tribune, USA Today and so much more

Along with her husband and business partner, Joe Brozic, Jill has authored four motivational CDs and five books including her newly released, Jill Spiegels How To Talk To Anyone About Anything The Secrets to Connecting. Jill says, There is magic in communication