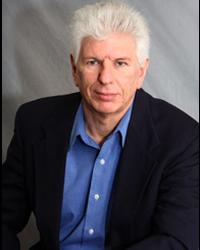 After receiving a Bachelor of Science degree in Chemistry, from the University of Massachusetts Jim served his country at the U. S. Air Force School of Aerospace Medicine during the Vietnam War. Jim went on to become a chemist and medical researcher for the prestigious Laboratory of Pathology, a San Antonio, Texas Toxicology Laboratory. He has also been a chemist for a leading U.S. textile manufacturer as well as a researcher and plant manager for a manufacturer of epoxy resins.


As President and Chief Technologist of KASZ Enterprises, Jim has advanced new ideas connecting Eastern Medical Bio Energy Technologies with Western DNA Science, leading to a new way of looking at the human body, and the mind body connection. The Ageless Secret technology developed by Jim, involves discovering the hidden truths about the ubiquitous life energy - the quantum field that governs the blueprint for immortality. Jim believes that modern science will allow us to rediscover the underlying principles of respected ancient healing technologies.