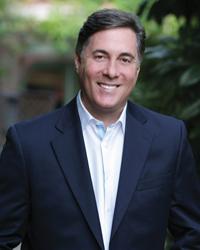 Jim Moret is chief correspondent for Inside Edition. Based in Los Angeles, Moret covers human interest stories as well as high profile celebrity news stories, from the Tiger Woods scandal to the death of Michael Jackson.

A lawyer and gifted commentator, Moret is constantly in demand to provide legal analysis for a variety of news outlets for breaking stories involving celebrities. In addition to legal commentary, Moret frequently appears on Larry King Live as a guest host.

In addition, Moret has conducted jailhouse interviews with convicted murderer Susan Polk and continued to follow the Phil Spector trial, obtaining exclusive footage and interviews of Spector and his assistant, as well as an exclusive tour of Spectors famed mansion called The Castle.

Moret also has an extensive 20-year resume covering entertainment news. He has covered numerous premieres and celebrity stories for Inside Edition, as well as all the major entertainment events including the Emmys, Golden Globes and the Academy Awards.

Moret anchored many breaking news stories and live events during his tenure at CNN, including the terrorist bombing of the USS Cole and the 2000 Democratic National Convention. He also served as chief anchor for CNNs gavel-to-gavel coverage of the O.J. Simpson criminal trial, and anchor and analyst for Simpsons civil trial.

After leaving CNN, Moret hosted a series of specials for ABC-TV, and, for three years, co-hosted the Academy Awards pre-show for the network. He was also guest anchor on the KTLA Morning News in Los Angeles, and on Fox 5s Good Day New York.

Moret began his television career at KABC-TV as a legal and general assignment reporter. He then worked as a reporter for KCBS-TV and eventually was named anchor of the stations morning newscast. He moved to 20th Televisions Personalities as senior correspondent, before co-hosting EDJ-Entertainment Daily Journal.

Morets inspirational autobiography, The Last of My Life, is his first book.