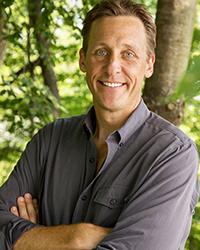 Jim Ziolkowski is the Founder, President and CEO of buildOn and author of the forthcoming Free Press book Walk in Their Shoes: the Story of buildOn, the Movement That's Changing the World.

buildOn is a non-profit organization that builds schools in developing countries while also running community-service programs for high school students in America. At home or abroad, Jim's goal is to break the cycle of poverty, illiteracy and low expectations through service and education.

Inspired by his own travels to some of the most impoverished cities in the world, Jim derailed his promising career in corporate finance to dedicate his life to an unabashedly idealistic mission. Through intensive public service, his organization empowers inner-city teens to regain control of their own lives. Since it was founded in 1992, buildOn students have contributed nearly one million hours of service. They spend time with elders. They assist the homeless. They tutor disabled children. They help the community where help is needed. Many of these students have also been involved in the building of nearly 500 schools in Haiti, Nicaragua, Mali, Malawi, Senegal and Nepal. More than 70,000 children, parents, and grandparents attend these schools every day.