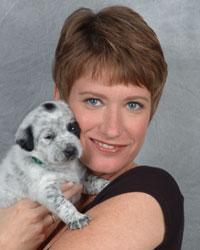 Jo Sullivan has more than 14 years of marketing experience, and joined the ASPCA in 1999 as Director of Direct Marketing. She is currently Senior Vice President of Development and Communications.

Since joining the ASPCA, Ms. Sullivan has developed and overseen many successful marketing initiatives. In her first year managing the ASPCAs Direct Marketing efforts, she achieved results of more than 19 million, making up more than half of the total operating budget for that year. Spearheading the launch of the ASPCAs e-marketing program in 2001, Ms. Sullivan aided in increasing the net income of the organization by 8% and the total donor base by 2% through viral marketing, outbound campaigns and website promotional offers. In 2004 she led the launch of ASPCAs Direct Response Television campaign, which resulted in a 13% growth to the monthly donor file. She currently directs the management and strategic direction of the ASPCAs fundraising efforts, including Major Gifts, Planned Giving, Special Events, Foundation and Direct Response which account for approximately 95% of the organizations annual operating budget.

In addition to her development responsibilities, Ms. Sullivan oversees all external communications for the ASPCA, including directing the creation of a new member magazine, ASPCA Action, and media relations and public relations activities. She has represented the ASPCA as a speaker at various industry events and conferences including the Association of Fundraising Executives, Direct Marketing Association, and Direct Marketing Nonprofit Federation.

Additionally, she has been featured on the covers of Direct Marketing and Target Marketing magazines, and will serve as an editorial consultant for Fundraising Success magazine in 2007. Most recently, the ASPCAs Marketing & Licensing divisions have been added to Ms. Sullivans portfolio of responsibility.

Ms. Sullivan started her career in marketing and advertising, managing several international promotional and direct marketing campaigns. She earned her BA in Communications and Public Relations from the University of North Carolina at Greensboro. She is the proud pet parent of two dogs, a hound/beagle mix named Flash and a lab mix named Mickey. She currently resides in Manhattan.