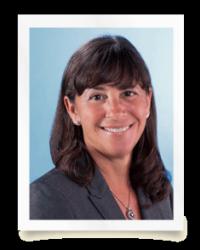 I was lucky and I knew it When doctors at major medical centers on both the east and west coasts confirm they have never seen this cardiac abnormality on a live person and they are talking about your son you are forced to pay attention. Put that together with two friends, one of them whose daughter was blinded by the babysitter and who has changed child care in California and the other who was rescued from Death by Bundy and there you have it: 3 Women, 3 Miracles.

Desperate to understand and to dispel the why me, we set off investigating miracles in science, philosophy, and a myriad of religions all the while trying to understand what had occurred in our own lives. Over the years, The Miracle Chase became far more than a book, reflecting not only real life and real miracles it became a tool for our very survival. As we shared the intensity of a husbands escape from death, a diagnosis of cancer and the dissolution of a marriage, we also shared our faith; ultimately it was our friendship and our hope for the future that sustained us.

Joan has spent more than twenty-five years in the health care industry. She has been on the board of numerous health care and educational institutions and commended by state and local governments for advancing the diagnosis, treatment and prevention of osteoporosis and for her work in inner-city Catholic education. She lives in Pebble Beach, California.