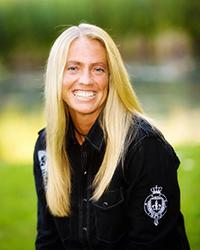 Joanna Barney is both a legend and role model in women's sports. In 2001, this former All-American soccer player inaugurated the Utah Avalanche, today one of the most successful competitive girls' sports clubs in the country, in soccer in particular; and arguably in the world of women's sports.

Under Executive Director Barney, in this Awards year, UA has seen its roster of teams, now at 33, jump 50%; the number of athletes 30%; and those signing to elite college programs 18%. 100% of Barney's female athletes have been given the opportunity to play for college programs, 191 since 2001. Barney has helped raise over 12 million in scholarships, many going to girls who would never have otherwise have been given the opportunity.