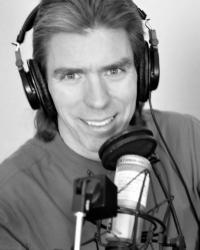 Joel Boggess is the go-to guy for clarity, confidence and direction. He’s the guy people call when they’re feeling stuck, under-challenged or overwhelmed.

As a syndicated podcast host, bestselling author, and speaker, Joel teaches people how to relaunch their lives and start over with confidence.

Originally from San Antonio, Texas, Joel earned his undergraduate degree at Texas Tech University, an MBA from Amberton University, and a Master’s in Counseling.

His latest book, Finding your Voice, hit the #1 spot on Amazon for success, happiness, and in the self esteem categories.

His podcast, ReLaunch, was named by Podcasters’ Paradise as “Best Overall” podcast of 2014 and “Most Inspirational” podcast for 2014 and 2015; and has passed passed the one million listens mark.

He is a contributor to Networking Times, Huffington Post, and Success.com

Joel and his wife Pei live in the Dallas-Fort Worth area, and have two dogs; a Golden Retriever retired therapy dog, Bubba, and a Golden rescue, Happy.