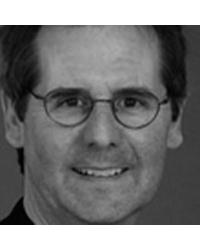 Every organization needs leadership to survive and thrive.

Leadership itself can take many forms, but it is our experience that leadership emerges from two factors: the internal willingness to lead as well as an external need for leadership. We define leadership as the moment when an individual steps forward to exert authority, initiative, and responsibility. Leadership is the moment of truth for an individual and an organization; as such leadership skills must be communicated, developed, and practiced.

In 2007 John Baldoni was named one of the "30 Most Influential Leadership Gurus by Leaders Gurus International. Voters, which included business professionals, consultants, and academics, selected "practitioners who develop and instill leadership in others.

His leadership and coaching work centers on how leaders can use their authority, communications and presence to build trust and drive results. By focusing on the concept of personal leadership which he defines as moving from the I can to the I will, John shows how leaders can guide and inspire their people through every phase of the leadership cycle, from character and vision through planning, coaching, motivation and supervision.

For nearly 20 years, John has consulted for a number of leading companies in a variety of different businesses, ranging from automotive and banking to computers, high technology, fast food, and packaged goods. His corporate clientele include Fortune 100 companies as well as entrepreneurial start ups and non profits, including the University of Michigan.

John is the author of seven books on leadership: Lead by Example: 50 Ways Great Leaders Inspire Results Amacom 2009, How Great Leaders Get Great Results McGraw-Hill 2006, Great Motivation Secrets of Great Leaders McGraw-Hill 2005, Great Communication Secrets of Great Leaders McGraw-Hill 2003; Personal Leadership, Taking Control of Your Work Life Elsewhere Press, 2001; 180 Ways to the Walk the Leadership Talk Performance Systems, 2000; and with Eric Harvey 180 Ways to the Walk the Motivation Talk Performance Systems, 2002. Two of his essays appear in two volumes of the Results Driven Manager series published by Harvard Business School Press. In addition, he co-authored an article with Marshall Goldsmith, "Selling Up is Leading Up: Coaching Your Manager Can Be as Important as Coaching Your Direct Report" that is contained in Coaching for Leadership Second Edition Pfeiffer 2006.

Additionally John is the creator of the highly successful series, "Coach Casting," a series of download audio podcasts for CXO Media. Each 2-3 minute podcast carries tactical and practical advice that managers can use to coach their employees or themselves on topics ranging from delivering bad news and dealing with people you can't stand to asking for a raise or showing proper recognition.

John Baldoni teamed with AthenaOnline to offer a series of 18 coaching videos focusing on leadership and communication issues. The videos will be included as part of Athena's My Quick Coach/SmartByte series on best management and leadership practices. Human Resource Executive magazine named My Quick Coach one of the top training products for 2007.

John also takes his message on the road. He is a frequent speaker on communications, motivation, and personal leadership to corporate, trade, professional network and university organizations. In August 2004, John had the privilege of speaking to the U.S. Army War College; and in October 2006, John delivered a keynote address to the U.S. Air Force/JAG Corps. In 2008, John spoke to the Washtenaw Economic Club, one of the nation's most prestigious business/public affairs forums.

John graduated with honors from the University of Michigan Dearbornwith a Master's in performance consulting and adult instruction. He also is a graduate of Georgetown University and London International Film School.