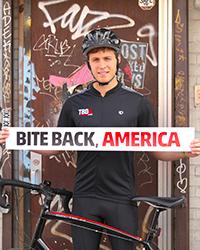 Born and raised in Madison, N.J., John Donnally attended the Morristown-Beard School from 2004-2008 where he competed in hockey, soccer and lacrosse. John first began suffering from Lyme-related symptoms in the fifth grade but did not gain an official diagnosis until 2003.


Throughout high school John was healthy and only experienced mild lingering symptoms. As captain of his lacrosse team, John was named first team all-conference and first team all-county. He continued his talents at Colgate University, but during this time, he also began to experience new and intensified symptoms, including cascading floaters in vision, neck pain, joint pain and tendonitis. In 2011, John tested positive for Lyme once again and started treatment immediately.


In May 2012, John graduated from Colgate University with a degree in English Literature and began working as a sales consultant in New York City. While working, John felt a strong desire to take action against Lyme and do something that played a lasting role in his life. This desire inspired him to join the Tick-Borne Disease Alliance and launch Bite Back for a Cure, a national grassroots campaign to build support for the fight against the devastating impact of tick-borne diseases. This summer and fall, John is biking across the country to Bite Back against tick-borne diseases and build support in the fight against the devastating illnesses.