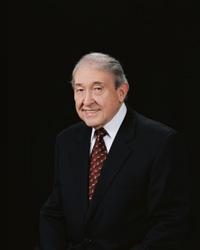 John Price, formerly a CEO in the corporate world, is the author of eighteen books, including the national bestsellers The Superbeings, The Angels Within Us, and The Abundance Book. His latest Nothing Is Too Good To Be True, was released by Hay House in January 2003.

John and his wife, Jan, have devoted more than 30 years to researching the philosophic mysteries and integrating those teachings with spiritual metaphysics. They conduct a number of workshops yearly on raising consciousness, facing change creatively, the secret of success, healing relationships, health and wholeness, and the abundance principle. Their objective: To empower people to live freely, fully, and richly - with love, harmony, and peace as the keynotes.

In recognition of their work they were presented the Light of God Expressing Award by the Association of Unity Churches in 1986. John was also named recipient of the 1992 Humanitarian Award presented by the Arizona District of the International New Thought Alliance, and in 1994 he was presented the INTA's Joseph Murphy Award in recognition of the major contribution his books have made to positive living throughout the world. In August 2001, John and Jan were given doctorate degrees by the Emerson Institute. In 2003, the Holmes Institute conferred upon John the Doctor Humane Letters.

The Prices are the originators of World Healing Day, a global mind-link for peace involving millions of people that began on December 31, 1986, with the Los Angeles Times reporting up to 400-million participants. The Event has continued on the same date and time each year