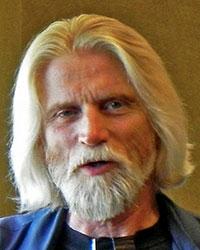 After receiving a Bachelor of Science degree from York University in Toronto, John spent the following 10 years selling scientific and medical equipment in Western Canada. This experience provided insights into the modern medical paradigm that convinced him of the importance of retaining one’s health, rather than trying to recover it. He was motivated to learn as much as possible about natural, and alternative approaches to health and wellness.

By the time John discovered the work of Dr. Ryke Geerd Hamer MD in 2006, he had a broad understanding of the many approaches to health and wellness that differ from the conventional view. German New Medicine was the missing piece. GNM offered an elegant and detailed explanation of the “disease” cycle, based on natural biological laws. Dr Hamer demonstrates a clear connection between many conditions such as cancer, heart "disease" chronic pain and emotional trauma. John was immediately inspired to learn this paradigm shifting research, and to eventually teach it.