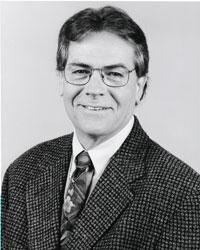 John did not wake up one morning 30 years ago and say Grief, what a concept, I think Ill devote my life to helping people deal with it. John was propelled into this arena by the death of a three day old son, an event which caused him to question his desire to stay alive. The death of the baby was the latest in a string of losses that brought John to wonder why he should keep on going. Johns litany started with the death of his father; followed by the unspeakable horrors of combat in the jungles of Vietnam; and then the tragic, unexplainable death of his 20-year-old brother.

John discovered a method of completing the pain caused by the death of his infant son, that turned out to be applicable to all significant emotional losses. John founded the Grief Recovery Institute 30 years ago, in part to save his own life and in part to help the millions of people who are affected by losses of every kind. More than 500,000 people have benefited directly from Johns discoveries and the actions he wrote about in the original, self-published version of The Grief Recovery Handbook and in subsequent editions. Those actions have led them back to full participation in their lives. Along with partner and co-author Russell Friedman, John has devoted his life to helping grieving people complete the pain caused by losses.

John is father to Allison and Cole, and husband to Emmy-winning actress Jess Walton Jill Abbott on The Young & The Restless, and a high school baseball coach in his spare time.